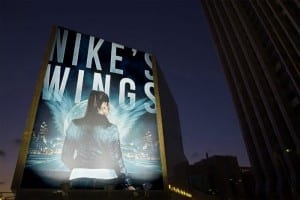 It always amazes me to find myself an ‘international author’. I’ve had sales in Great Britain, but it was a complete surprise to find I have sales in other countries as well, like Spain. Servant of the Gods and Heart of the Gods have done well there, while The Coming Storm series does well in Great Britain.
So, it was great to see I had my first sales in France for Nike’s Wings – a political thriller with a kickass heroine.
28 Amazon FR Paid > … > Action & Adventure
14 Kindle FR Paid > … > Action & Adventure

Description: With all she’d been through and her skills at parkour and freerunning, for the top secret group within the CIA Nike Tallent was the perfect candidate to be trained as the assassin’s assassin. Until she began to ask questions. Questions were dangerous.All Nike wanted was to be ‘real’ again, whatever real was…
Ty Connor, ex-CIA, has just been named to head a new branch of Homeland Security – a fast-response group called the NIO. Nike has a chance at redemption and more…if she dares to take it.