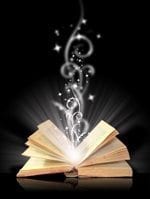 You see, the thing is, marketing ain’t art. It just isn’t. Writing is art. One is left brain (marketing), the other right brain (writing). For most people anyway… except those lefties. Now, according to some measures, some folks say I’m reasonably successful at this whole writing thing. Am I getting rich at it? No. Could I make a living at it? I am, like any other small business person, for the moment. Will I still be making a living at it in a year? I sure hope so. But make no mistake about it, writing is also a business, and Indie writing even more so. All I can tell you is what has been working for me.
One of the first and best pieces of advice I ever read – and one of the ones most ignored is – don’t stop. When you finish with book one, write book two.  Then book three.  Why? Because the list of one-hit wonders is pitifully small. In the 20th century there were three – Gone With the Wind, To Kill a Mockingbird,  The Catcher in the Rye – that were successful. Unless your book is that great and/or that memorable, you need to write another book. (Oh, and if you really think it’s that good, I can recommend a good psychiatrist for that ego. Most real writers are massively insecure and periodically convinced their writing is crap. Back to what I was saying… ) People want to know that if they love what you’ve written, they’ve found a new author. It also demonstrates that you’re serious about this writing thing.
Besides, it will keep you busy while you wait, because here’s the hardest thing to learn – it takes time. The list of overnight successes is very small, and most of those weren’t really overnight. (Barring the kid whose parents helped him get published.) If you don’t believe me, just read Stephen King’s On Writing. Even Amanda Hocking took time to build her audience.
It takes time for your book to get known, it takes time to build a reputation. One that people trust. To accomplish that, you need a marketing plan, and far more importantly, reasonable expectations.

Only that passion will get you through. Not the money. The joy.

Originally written as a contributing Author for Indies Unlimited on Feb. 15, 2012