The book that labeled me the “Obama Girl”

To tell the truth, I had every intention of following the advice (and standard practice) of keeping my political opinions to myself and off my Facebook page – except for a few rare pet peeves. After all, as the common wisdom went, I’d be alienating possibly 50% of my readers… Although I myself fail to see why. I read Tom Clancy. I like Tom Selleck in Blue Bloods and watch Clint Eastwood in his movies. I know when I read Clancy, or watch Blue Bloods, there will be a slant to the right, and I have no problem with it most of the time. They are as entitled to their points of view as I am mine.
It wasn’t until a pair of reviews were posted on Amazon.com that I became… annoyed…and a little amused. One posted a one-star review based almost entirely on what he perceived as my political views as expressed in the book (wherein I deliberately made no mention of names, only policies). His review said nothing of the book, but he did label me ‘the Obama girl’. Then a second reviewer came out. “This was a really well written and interesting book, with a good plot, and really good character development. Really it should be a 5-star book for me, but the author insisted on injecting her liberal bias…” Well… If it really should have been a five star, why wasn’t it? He’d deducted two stars just because of his perception of my ‘liberal’ views. It’s an action/adventure thriller. Fiction, for heavens sake.
So, out of curiosity, I went to look at the ratings for Tom Clancy’s books…and found pretty much the same thing – although in many cases the reader had specific reasons for their complaints. For myself, I wouldn’t inject a distaste for someone’s politics into a review.
Even so, Mr. Clancy can probably afford those reviews far more than I can as he sells in the millions, but at least I’m in good company.
Having been given the title, though, I realized I’d already been labeled whether I liked it or not. In person I’m forthright (a little too much so) and honest, and I had privately supported President Obama. There didn’t seem much point any more in holding back, so I stopped.
To me, Nike’s Wings is “a great adventure, full of political intrigue, espionage and betrayal at the highest levels, action-filled scenes that leave the heart pulsing with adrenaline…a love story that defies all odds…and villains that shake you to the core.” Those aren’t my words, by the way, I paraphrased another reviewer.
Read it for yourself, and make up your own mind.

Addendum – Just a note. Nike’s Wings was written prior to the election of the current President, which makes the whole thing even more funny.

I was born into politics – no surprise to many. It was often the subject of conversation at the dinner table.
There was only one requirement in order to speak, and that was that you had to speak intelligently on the subject. *grins* I think I was eight at the time.
When he was 55 for so, my father – a mechanical engineer and Director of Manufacturing – suddenly found himself downsized when his company was taken over by another corporation. Looking for meaning and a new direction to his life, and unable to find another job at his age, he turned to another love – politics.
A life-long Republican (yes, you heard me right) he decided to run for one of the first of many offices to which he’d never be elected. A highly intelligent man, a corporate manager, he’d never developed the kinds of people skills necessary to succeed in politics. He wasn’t a warm man and he had little patience for those who didn’t bother to keep themselves informed. Or who disagreed with him.
As with Cam, it was my mother who insisted that I help campaign for my father, as I was the only child who still lived close to home. There was no way that she would take no for an answer. It didn’t matter that it used up one of my rare but precious vacations days (I was not a psychologist with a schedule that could be rearranged.) One of the four of us had to be there, and that person was me.
That was my first foray into politics, in much the same way as it was with Cam in Dirty Politics.
Let’s just say it was an enlightening, and occasionally surreal experience.
As with many of my books (obviously NOT the fantasy novels) Dirty Politics is strongly rooted in reality. The first scenes of Dirty Politics were very much like what actually happened – except for Noah’s character. To be honest, the real candidate for D.A. was definitely not as attractive as Noah is in the book. He was very charming, though, and, like Noah, always had a pretty woman on his arm. They do have that in common.
Unlike Noah and Cam, though, he was very definitely not my high school crush, but it was fun writing their relationship – Cam the sensible psychologist still fighting that tug, but understanding Noah far too well while Noah learns to let go of the pain of his past. Cam doesn’t make it easy for him, she has her own ghosts, and one of them comes back to haunt her.
More than that, though, was writing the relationship between the friends, with Cam at the heart of them. At the time I lived there, the town that I called Millersburg really did have a farmer’s market on the main street, if it wasn’t quite as eclectic as the one described. Cam’s weekend breakfasts grounded the Millersburg Quartet series in ways I didn’t expect, and helped me see all the characters more clearly.
So… read Irish Fling if you want, or you can jump into Dirty Politics first – the books were written to be read in any order. Yes, there are spoilers if you read Two Up before the others. Or maybe they’ll just entice you to meet the others – bright Ali, energetic Molly, or wild child Jesse, as they search for answers to life, love and everything in between. 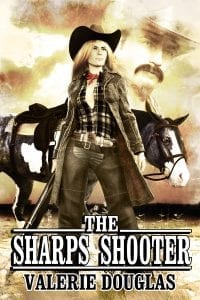