Today as an erotica author (among other genres) who has published on Smashwords site (since moved), I received an e-mail from Mark Coker, informing me that they are modifying their Terms of Service regarding erotic fiction that contains bestiality, rape and incest because the website Paypal would not support such fiction. I have the utmost respect for Mr. Coker for what he created with Smashwords, and I’m glad he’s made the decision. (I’m a little surprised his vetters didn’t bring up concerns regarding ‘rape’ stories, but that’s just me.) However I’m a little uncomfortable with the links provided justifying some of the content.
Now, most people who know me know I’m no supporter of banning books or censorship, but this is neither, for two reasons.
First, while Paypal is the largest secure on-line service for payment, it’s not their only option – Visa and Mastercard are hardly likely to care, and the sites themselves could develop their own on-line secure purchasing platform. Many do. For example, Diesel E-books has their own secure ordering site, but some of these sites simply don’t want to invest the money in doing something similar just to cover erotica. Paypal is simply more convenient. It’s also much easier to slam them for censorship.
And if you look on Diesel E-books you’ll find  they still have erotica books listed – including bondage and (Step)Daddy does Debbie. In fact, they wisely spun off their erotic titles as a separate entity. Something I – an erotica writer – suggested to Smashwords months ago when I noticed that the listings were disproportionately weighted with titles that were going beyond erotica (generally erotic romance), into erotic fiction and verging into porn, much of the type that Paypal found objectionable – particularly rape and incest.
Why? Because in reality they’re illegal and send a terrible message to both women and men. As with the difference in freedom of speech from yelling fire in a theater because there is one, to yelling fire in a crowded theater for fun causing a panic that threatens lives, it’s a matter of common sense.
Again, most people who know me or have read any of my books know that I’m a firm believer that if you can show violence in a book you should be able to show people making love.
That’s a far different thing from making rape and incest look appealing.
Some would even argue that most of the incest that takes place in some of these books is ‘okay’ because it’s step-father/step-child, no direct blood relation. They forget the uproar around Woody Allen when he admitted he was shagging his step-daughter by Mia Farrow. No blood relation there, either, and Soon-Yi was also adopted. But as with any relationship where one individual has a position of power, influence and trust, taking advantage of that position is a minefield of psychological dangers. Where it might actually result in a healthy relationship for someone like Woody Allen, giving tacit acceptance to it by putting it in an open forum it may send the wrong message to someone else. And that’s a scary thought.
Such content also belittles the victims of rape and incest, who know how devastating it can be, by making their pain a source of titillation, and fuels stupid comments by sports figures and politicians. (Do you think they don’t read it? Really?)
So, am I advocating censorship? Isn’t that what Paypal is doing? And how is that different from say Barack Obama requiring churches to provide contraceptives?
Well, first Paypal isn’t saying all erotica, just the really objectionable and illegal stuff.
Secondly because it’s not censorship, there are alternatives. Some would argue women have alternatives, too, they don’t have to work for some Christian organizations. But that, again, is pushing someone else’s views on individuals and it’s wrong. As its wrong to push the view that rape and incest are ‘okay’ under certain circumstances.
All is should have taken was simple common sense to look at some of the covers and the blurbs during the vetting process and recognize that these books pushed the envelope. A decision could have been made, as Diesel did, to move those titles to a separate branch, giving those who wanted to read them the ability to do so. After all, you don’t recommend putting those titles on the shelves of your local bookstore or supermarket, and in the bad old days of video rental stores you had to go into a separate room for those videos. In terms of bestiality you may not want to walk down an aisle to see Donkey doing Dallas or a ‘rape’ scene where the victim is clearly tied down and appears terrified. For the same reason, separating erotic romance into one category (story centers around the relationship with more graphic language) from erotica and porn (where the sex is the primary focus and the language is all hard core), isn’t book banning or censorship, it’s common sense.
We have a responsibility as authors for what we write. I make no bones about the fact that I write for adults whether as Valerie Douglas or V. J. Devereaux. I firmly believe that the act of making love is one of the most beautiful and sometimes the most fun things two adults can do, and that if you can show someone blowing away a couple dozen people with a gun, showing two people loving each other should be just as acceptable. But I don’t write for children or YA. Where given the option, I make clear on my book pages and elsewhere that my content is for those 18 years or older. While I could wish our attitudes about sex and violence were more evolved and that all human beings could treat each other with respect, we’re not there yet. If you doubt me, just read the headlines lately.
Until then, we have to rely on common sense. And I’m just putting in my own two…

Here is the link to what Mark Coker actually said https://www.smashwords.com/press/release/27 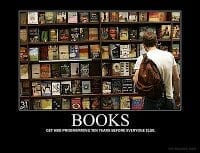