My new advertising banner for the Coming Storm series.  What do you think? 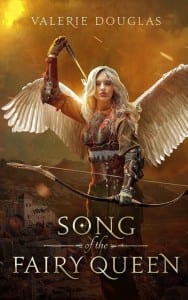 I write fantasy for grownups

Writers are frequently told to write what they want to read. I want to read fantasy for grown-ups – in other words for people over age twenty-one. I want to read fantasy where people have complex, healthy relationships and *gasp* sex. Not G.R.R.Martin sex where incest and rape are the primary forms – nothing against George R. R., and I get what he was saying about the culture. On the other hand, in the medieval period, people did have good relationships. There were arranged marriages but they actually and frequently turned out to be long, happy and monogamous. It would be good to show that, too, as a reflection.

Even in ancient times love, marriage and sex were often portrayed well. In ancient Egypt, marriage was an essential rite in their canon, and statues of important figures often included both husband and wife. As an example, there are Isis and Osiris. When Set killed Osiris Isis searched for his body and resurrected him. Gaia has a similar
mythology.

They say 50% of all marriages fail but that also means that 50% succeed. Happy marriages do exist and have happened. There are plenty of examples, especially of those who struggled against enormous odds. A story on StoryCorps on NPR resonated with me particularly. It told of a couple – he’d been a soldier in WWII – that were devoted to each other. They wrote each other love notes even after decades of marriage. And everyone has heard family stories of a husband and wife so closely tied that when one died, the other followed within hours. I think of my neighbor, who had known his wife from the time she was fourteen. They were inseparable until the day she passed, and he misses her every minute of every day. Yet the stories he tells of her and their time together are always positive. If they had times where they struggled, he’s forgotten it.

They lived, they loved, and they expressed that love.

In this day and age, with so many negative examples, it’s not such a bad thing to show the positive side – to show two people of any type of sexuality, who love, honor and respect each other, and to allow us as writers or readers to see and share that.

Those are the kinds of books I want to read and the kind that I write. Flawed people, going through difficult times, who grow to care about each other, to respect each other, and who simply won’t give up on each other.

Author of
Song of the Fairy Queen
https://www.amazon.com/dp/B004774N2S
Also available on Kobo, Nook, and Apple iBooks

Servant of the Gods/Heart of the Gods
https://www.amazon.com/dp/B005XMAOP6
Also available on Kobo, Nook, and Apple iBooks

Have tropes become too trite? Part 1

Are tropes too trite?

For those of you who don’t know, a literary trope is the use of figurative language – via word, phrase, or even an image – for artistic effect such as using a figure of speech. The word trope has also come to be used for describing commonly recurring literary and rhetorical devices, motifs or clichés in creative works. For a time, old 70-80s TV programs had a list of standard tropes – the identical twin to one of the heroes, one of the heroes (there were only heroes then) goes blind, or develops amnesia.

In fantasy one of the tropes is the young hero on a quest or becoming the savior of the world. In mystery novels it’s the lead characters problem with alcohol or love of esoteric music (especially jazz), and the uptight woman who melts for him but turns out to be the murderess. There’s also the Sherlock type hero, or the brilliant psychopath as the enemy.

In romance it’s the HEA or HFN (happily ever after or happy for now) ending, and the ‘misunderstanding’ or
downright deceptive hero who doesn’t tell the heroine something important.
That’s where I’m at right now. In my current WIP it just happens that the hero has a good reason for withholding information from the heroine… but it’s a commonly used trope, but it works for the book.
But has that trope been overused?
Read More »
« Older Entries
Next Entries »