New books available on all platforms

I’ve recently released a set of books to multiple platforms, and I can’t wait to share them with you.

So, from today, available on Smashwords, Nook, iBooks and Kobo – The Millersburg Quartet, Shades and The Offering Museum.

You can also get all of them on Amazon, as usual. 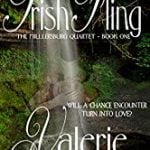 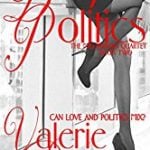 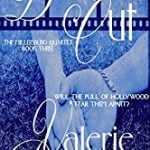 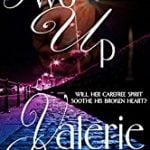 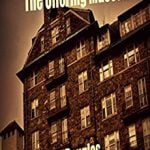 Since the release of the girls in Cleveland OH from their kidnapper there have been a lot of question. Chief among them – at first – was why they didn’t escape. Then the details began to come out – the chains, the locked doors, the withheld foods. And of course the beatings.
CBS News did a special report on battered spouses. As if it was something new. And of course, the reporter asked the same questions of the woman they interviewed. It was more understandable from the kidnap victims, but he got the same answers. Why didn’t she call for help? No cell phone. Why didn’t she escape, run? The doors were locked from the outside. He mentioned that many victims take up to seven tries to successfully escape. What he didn’t mention was that it’s also the most dangerous time for the victim. The time when she’s most likely to be killed by her spouse.
How do I know so much? Experience. I was one of the lucky ones, though. It only took two tries for me to escape. Why two tries at all? Well, there’s a pastor who owes me his life, because if I told him the truth when he asked or didn’t go home with my ask, we’d both be dead. Along with all those folks in the church.

When anyone asks me which book I would choose as the best book I’ve ever written, The Last Resort is one of them.  Surprisingly, for its topic it’s also fun and heartwarming. I wrote it that way deliberately for several reasons – I wanted to show someone who had moved on, and because I wanted to write an entertaining book that wasn’t preachy. It’s the only book I’ve ever written in the first person, and it has some amazing characters. Real and unreal. I’ll leave you to figure out which is which. *grinning* Someday, as planned, I’ll write the sequel.

Review – Ms Douglas crafts a fine tale of romance, intrigue and suspense. Her characters draw you in and you feel that if you met Carrie on the street you would probably recognize her. Carrie has her own demons to battle as she wages war against the foes of others.

When Jack Spencer, the Head of Security for Fairview Mountain Resort, calls to about a missing coed, computer tech and sometimes troubleshooter Carrie Anderson answers. The last thing the resort needs is bad publicity. Jack knows that on the side Carrie is part of a team that help domestic violence victims escape their homes and abusers.
Complicating things for Carrie is the handsome new attorney that just joined the team.
What she finds, though, will test her skills at making people disappear and put all their lives in danger.

Twenty percent of all profit made from The Last Resort will go to victims of Domestic Violence.

Of all my books, perhaps The Last Resort is the most conflicted. It’s also the book one of my beta readers swears is the best I’ve ever written. It’s the book that nearly won a contest, but won one of the judges’ hearts – she asked to be notified if it ever reached print. (It has!) It’s also the book that receives the most mixed reviews – primarily a complaint that too much is going on. Which I have to admit makes me laugh even as I struggle with it.
Because life is messy, and complicated, and so much of events of The Last Resort are based on reality. Events that took place almost exactly as they happen in the book, and at the same time. Only the names have been changed to protect the guilty. Or innocent. I have to admit to being tempted to hold a contest asking readers to tell me which characters in The Last Resort are real…and which aren’t. I’m also grateful that some of the participants in those events are probably dead by now although I doubt they’d recognize themselves. People never do.
One reviewer even commented on the level of detail, objecting to a mention of the heroine raking leaves. Yet that rake shows up in a later scene. As a writer I had to explain why it was so conveniently placed there. I had to make it real.
Even the ‘rescue rangers’ are based in truth. Some time ago, I read about a woman who had organized a group of retired cops and ex-service people to help battered women escape their abusers. It was difficult and dangerous work, as they and any police officer could tell you.
I sometimes wonder if people have just seen too many Lifetime movies where the victim escapes into the arms of the one man who will love her, who will fight for her, and in the end save her from her abuser.
In real life, that just doesn’t happen. Most women who escape run to their families (where their batterers frequently find them) or live in shelters on subsistence. They have no money because their abusers made sure they had no access to any. Most are ashamed.
When they do call for help, they frequently panic immediately afterward. Many times cops become caught between the abuser and the victim, because the victim is all too aware that the laws don’t really protect her. In all likelihood her abuser will be back out on the street within hours. And looking for her. Unless she finds a shelter – most counties don’t have domestic violence shelters – he’ll very likely find her. A protection from abuse order is worth the paper it’s written on, it’s a formality that must be part of the record…but one that is almost guaranteed to infuriate the abuser – who never considers himself the bad guy. It’s shaming, and inflaming for them.
Leaving is the most dangerous time for most women, and the time when most die. One to three women in the United States daily.
So I wrote The Last Resort from my own experience, and it translated fairly easily. All the events in the book took place around the same time.
What I didn’t want to write was just another domestic violence book. I didn’t want it to be primarily about domestic violence. I wanted to write something that would be entertaining as well. I wanted the book to balance what I frequently see as a culture of constant victim-hood, with women and those around them defining themselves always by this one event for the rest of their lives. It doesn’t have to be that way.
I wanted to write about someone who would give women hope, an example of someone who had broken the chains of domestic violence. I wanted to write a book about a woman who had not only survived, but thrived and grew stronger because of it. I also wanted to show that it was possible to love and be loved again, to have a healthy relationship.
Someone like me.

Twenty percent of all the proceeds of The Last Resort will go to charities benefiting the victims of domestic violence.

This Veterans Day weekend, Indie Book Collective’s Blog Tour de Troops is giving back to the men and women who safeguard our freedom.

50 Indie Authors will be giving away their book to every person who comments + a book to the soldier of their choice. And…as many troops as possible will also be receiving FREE KINDLES!

Remember to visit this blog on Monday, November 14th! and leave a comment to receive a free ebook (Heart of the Gods) for you and a soldier & be entered to win a free Kindle!

Please enjoy Heart of the Gods…


and Servant of the Gods

Sample Sunday – Servant of the Gods

Servant of the Gods
A child of prophecy, in her life she would bear three names, one as a peasant and mercenary, yet another after she was captured and enslaved. Despite it all she would rise to become Priestess of Isis and High Priestess of all Egypt and face her greatest challenge…an nearly immortal evil.