Okay, to be honest, I never considered myself to be an audio person, although I know a lot of people who use audiobooks for traveling to and from work or on vacation. I had my reservations about doing that (more on that later) but as with many authors I love my readers, so, as with print and e-books, I wanted to give those who liked audio the chance to hear my books.

So, a few years back I took the leap into audiobooks. I was excited, but I had trepidations. ACX/Audible was available through Amazon, so I set it up through them.

The process isn’t difficult, you choose the book you want to be narrated, give the blurb and basic information about the characters (what type of people were they), choose the type of narrator you want (male/female or both) and what kind of voice you wanted for it. (My advice to writers: think about that carefully.) Then put it up for audition.

I was really curious about the process – but remember those trepidations? Like all writers, I was protective of my work. Was the narrator going to do justice to it? Since this was the first book I was doing in audio, I wanted to dip my toes in, rather than go all out, so I put one of my novellas up. In the end, I was glad I limited that narrator to one story. (I like the new one much better, more on that later.)

Not surprisingly, since it wasn’t a full novel, I didn’t get a lot of requests for auditions, but I picked the one who seemed to fit the best and sent him a section of the book which contained all the main character but was focused mainly on one.

The audition didn’t set me on fire, but I wasn’t certain what to expect, the narration seemed good, so we set up the contract.

All readers bring their own stuff to books – that’s a truism all writer/authors need to learn. I had one reader complain that all the characters in one of my books were beautiful when only one – as I’d written him – qualified. (And the character hated it.) She clearly brought her own expectations to my book. It was also true of that first narrator, and I wasn’t experienced enough with audio production to know what I should and shouldn’t object to. It hadn’t been an issue in the audition since it was only a short reading. Now it became one. For some reason – too much of the Lord of the Rings movies, perhaps – he felt all the elves in the books had to have ‘British’ accents. All in all, though, it was about what I expected from audio. He was so satisfied that he asked to read some of my other books. The novella I’d sent him was a prep to the epic fantasy. It was a character-driven story about the genesis of a friendship between three men – a wizard and two elves. The epic fantasy, though, wasn’t the one he wanted to read, surprisingly – and now I’m glad. He requested to audition for another book but didn’t feel comfortable with some of the content, so he requested another. Nope. And another. None of them suited him.  In the end, we parted ways.

All those failed auditions, though, seemed to discourage others from trying, and so for a time, I gave up. I hadn’t been enthralled with the first rendition, and it had been more than a little discouraging to me, too.

Recently, though, one of my books was nominated for an Indie book award. I was floored. I hadn’t done anything; someone had recommended it to the magazine.

Excited, I wanted to capitalize on the nomination, and so I decided to try audio again.

It was scary. Once more I was going to put one of my books into someone else’s hands. They say you should what scares you, especially in writing. Challenge yourself. So I did it.

This time I received more auditions. One was close, but another…

It was brilliant. His voice was exactly what I wanted and conveyed what I hoped.

So, we set up the process, and he began the narration. When the first chapter came back for me to listen to, I was enthralled – at my own writing! He brought the characters to life for me in a whole new way. And we worked well together.

Bless him, I’d hoped to have the complete first version by my birthday, but I’m not a complete newbie and know there is a process, so I accepted that might not be possible. But he did it, bless him, pushing himself to get it done. When I got the complete version for correction and approval I downloaded the lot and found I couldn’t stop listening.

I was stunned and flattered to learn I was one of his first narrations. And, given the quality of his work, I want to have his marvelous voice out there more.

I know that some authors have narrators they love to work and who love to work with them. Part of me wants that (actually part of me wants to keep his talent all to myself for a little while to do my other fantasy series *grins*) but he also deserves to have the opportunity to narrate for others. So, I hope this book and any others he chooses to narrate for me give him that springboard. He’s thoroughly converted me to the world of audiobooks.

So, for Indie/self-published and other writers, should you do audiobooks?

My obvious answer would be yes, but for reasons other than just this. Today print, despite what some traditional publishers believe, is not the be all and end all – it’s just another arrow in your quiver. Readers come in all kinds; e-book or print readers, or audio listeners. Some will read the book on an e-reader and then purchase the physical book. Some will only listen to audiobooks. You should serve all your readers. With the option to share the profit, it couldn’t be easier on all levels, and unlike print which pays pennies, with audio, you can split it fifty-fifty. So there’s every reason to do it and few reasons not to.

There are a few sites for audiobooks that are usually available through your publishing site of choice. Most will help you get started.

Here are a few suggestions –

(Thank you, Zac, for making mine shine.) 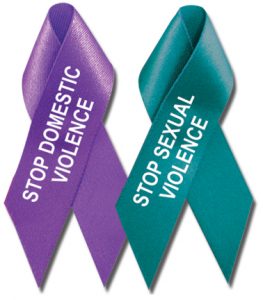