There isn’t much that’s more paralyzing than fear. Even worse, in my family, there wasn’t much support. Bullying gave it form. Our family had moved, and my sister and I were the new kids in school, which was difficult enough. Add to it that – for me – I was bright, wore glasses, but I was small, too. A perfect target. I was ostracized and subjected to daily attacks – tripping, pushing, even having snot rubbed in my hair. With little sympathy at home, I took matters into my own hands, and dared my chief abuser to fight me. No matter how many times he knocked me down, I got back up. I was suspended from school for a week but my bully also became my friend. I also knew we were moving again, and I was terrified. Even worse, in my family, you weren’t supposed to talk about your problems. So I didn’t, but the fear was still there.

As with so much in those days, treatment didn’t deal with the cause, just the symptoms. So they gave me this medication. It tasted awful, but deadened the fear, and enabled me to get through the day. My worst fears – of physical abuse – didn’t come true, but we had moved to an area where most of the students had grown up together so I still felt isolated and making friends was difficult. What few friends I did have were often what would be considered  the ‘wrong’ choices – ostracized for being different themselves.

When we moved again, though, I was prepared. I had lost weight, I took off the glasses, and became somewhat popular.

Bullying, by the way, begins at home – both for the perpetrator and the victim. It certainly was true for me. I had been writing stories since I was a small child – especially as an escape. Knowing that my parents – and especially my father- wouldn’t consider sending me to college to learn creative writing, I decided to study journalism. That didn’t happen. In fact, both my parents would spend the next ten years sending me newspaper and magazine articles about how bad a career being a journalist was.

Needless to say, I was more than a bit discouraged. And then life chipped in. My first marriage was a classic example of domestic violence – which I at least escaped early.

Writing, in and of itself, is a difficult career – one which everyone feels they have the ability to do and the right to critique. *laughing* I couldn’t have chosen a more difficult job, although I did lots of others in the meantime.

Over time I would write over 20 stories, books and novels.

Then I was diagnosed with liver disease, and with it came a whole host of new problems. Not including the most terrifying one. At its worst, I woke up one morning absolutely panicked, and unable to remember how to do some of the most basic functions – like brushing my teeth. I couldn’t remember how to use mouthwash. Bless my husband, who got me calmed down. (No thanks to my doctor, btw, who had kept palming me off on nurse practitioners.) Memory returned. The fear, though, lingered in the back of my mind. I also found myself forgetting things, important things like words. And with that came doubt. Crippling doubt. No matter how great the idea, in an hour the doubt would set in. Is this any good? It was aggravated by every bad review, which only seemed to confirm my doubts. Despite all the good reviews my books received, the anxiety every time I try to write kills me every time.

I’m still working my way through it. Still fighting it. Wish me luck.

I am slowly but surely beating the dreaded writer’s block.

For those who don’t know or understand it, it’s simply fear – fear on a dozen different levels. At least one fear – and all due apologies to the person in question – was that someone I respected absolutely hated the way I write. And said so. Vehemently. On numerous occasions, but especially whenever I mentioned the method she disliked so intensely.

But that constant hammering – that’s what it felt like – was wearing me down bit by bit, eating away at my confidence.

Adding to that was the fear that I wouldn’t be able to write anything half as good as what I’d already written. This despite the fact that the sequel is doing well. I wanted to write a prequel, but there are some very dark elements in it and some difficult scenes that would require delicate handling. Another source of tension.

Another fear was of the dreaded negative review.

This despite the fact that all of my books have far more positive reviews than bad ones.

At first, it wasn’t so bad. I understood and understand that not everyone is going to like my writing. But I suddenly came face to face with a potentially life-threatening illness for which there is no cure save a transplant – if one is available. Like many illnesses, I had had no symptoms, the problem turned up in tests. Fortunately, it was caught in time. Even so it turned my world upside down. (It’s currently controlled by a strict diet.) Now for some reason every negative review hurt, and I started to try to avoid reading them. That’s not always possible, and sometimes they have something to teach even the best writers. 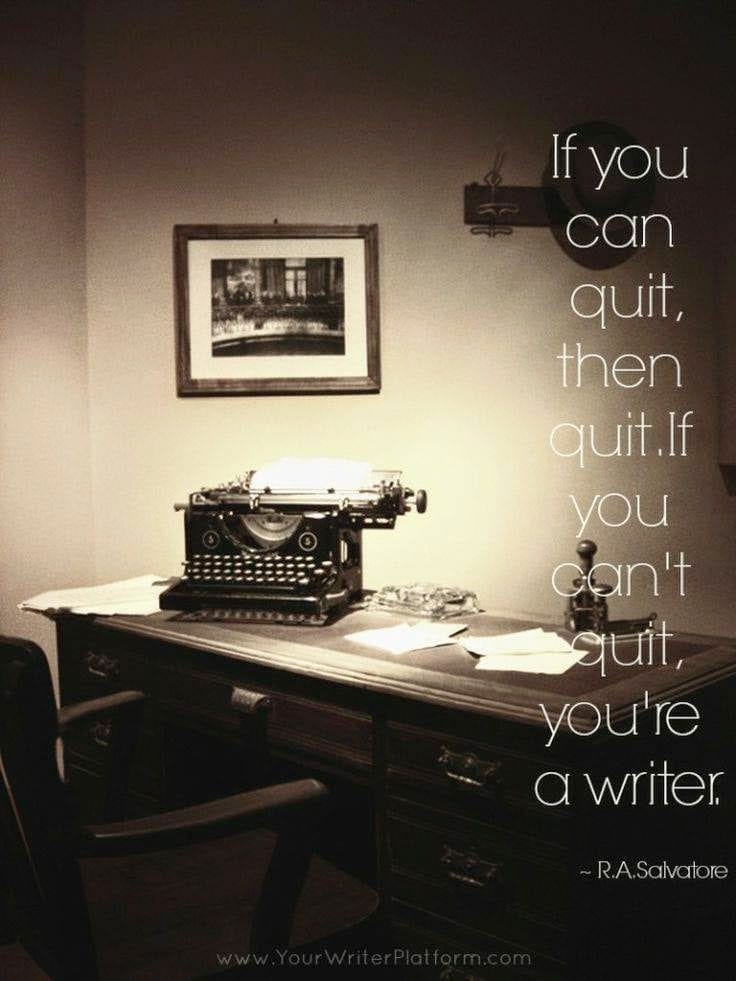 Nor did it stop the desire to write, I’ve always had a vivid fantasy life so I’ve been creating characters and
worlds since before I could read. Characters still talked to me. Scenes still popped into my head. I just couldn’t write them down, I couldn’t stay with them.

I have attention deficit disorder. Which is okay, I’ve learned to deal, and one of the ways I dealt with it was to write.

Now the tables were turned. I was having a hard time staying focused and I was starting to be afraid that I couldn’t do it any more. That, for me, was devastating. I couldn’t even write a simple blog, or guest blog. Everything was a struggle. I’m a writer, I couldn’t quit.

I tried lots of things. Music didn’t help, it just distracted me even more.

Here’s what did work:

I wrote. I gave myself a half hour every day to work on one story or another. I have sequels in mind for two different books, one of which is a series, as well as that prequel I mentioned earlier. Whichever spoke to me, that’s the one I would write. Some days I wrote crap. Other days I knew something in the story was missing, but some of it was good. I kept writing. One half hour every day.

And the person who hated the style of writing? Since then, we talked. They told me that they loved my writing, particularly that book, and that I was one of the few people who used it well. That helped enormously.

Now there are moments of inspiration. I solved a question in the opening of one story that had been bothering me, and it felt wonderful.

Do I still have moments of anxiety? You betcha.

Now, though, I see the light at the end of the tunnel… and it’s not an on-coming train. *laughing*